It comes as no surprise that the metro DC area and our outlying areas saw the same continued rise in median home prices as the majority of the metropolitan areas in the first quarter of 2022. As predicted, the stats for April 2022 indicate that the rate hikes that began mid-March pushed a flurry of homebuying as buyers locked in rates, anticipating further changes. The most notable changes over March 2022 were the bump to an average of 102.77% for the sold price/original price ratio and a six-day drop in days on market across the area. 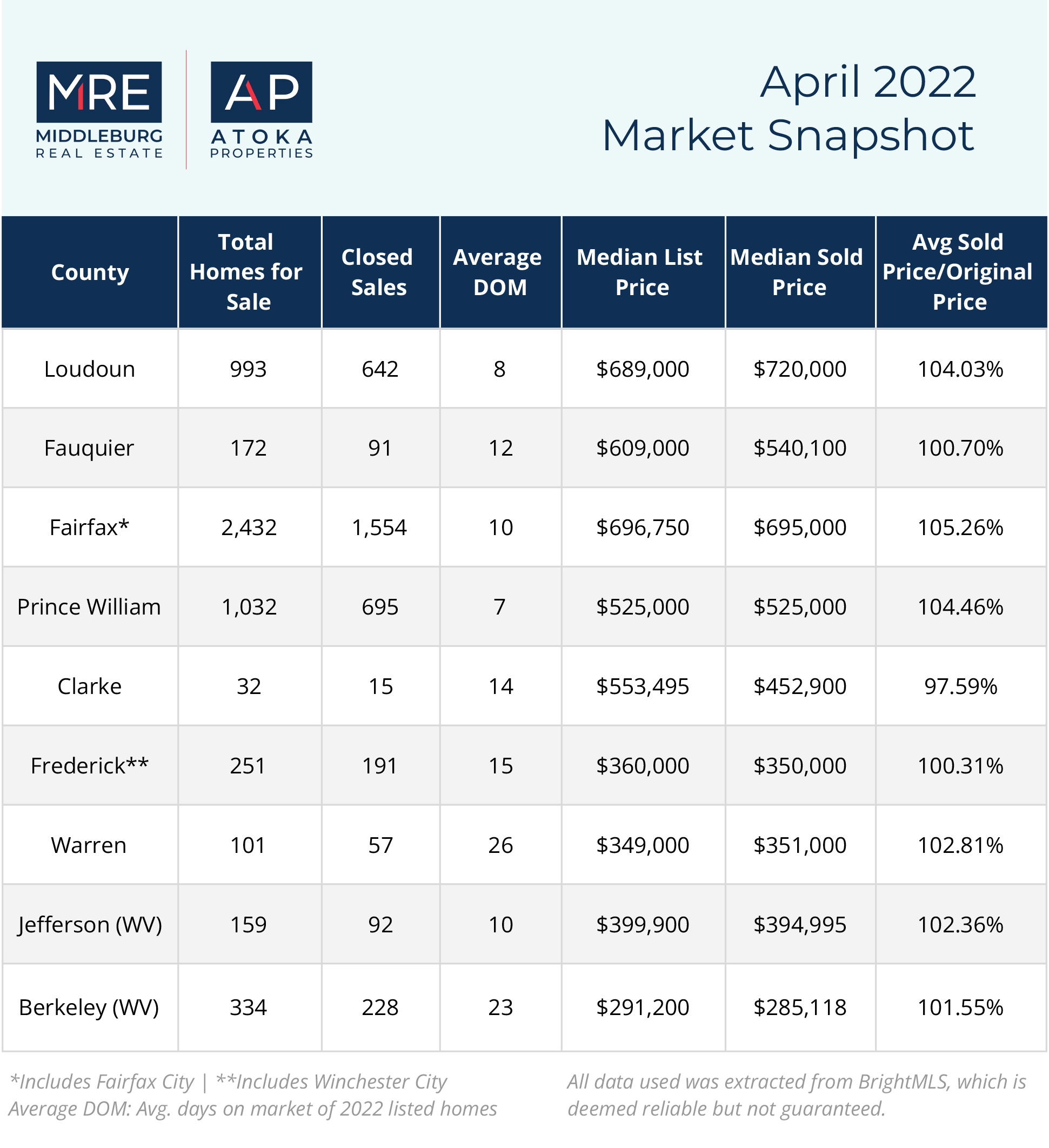 Here are the highlights:

The increase in mortgage interest rates that happened mid-March gave the April market a nudge as buyers with locked in rates moved quickly to purchase. However, we did see the beginning of a cooling off in rise of median list and sold prices. Only time will tell if it has the desired effect of bringing down inflation rates and we look forward to seeing what happens in May as the full effect of the rate adjustments kick into place. Are you prepared to navigate the changing waters of this real estate market? The advice of an experienced professional REALTOR® and a seasoned mortgage lender are your most valuable tools in creating a plan for success in this market.

Print Details
Previous post
Next post
Six Along Seven, and One Off Nine
Incentive to Clean Your Room